WHICH POSITION ARE YOU APPLYING FOR? 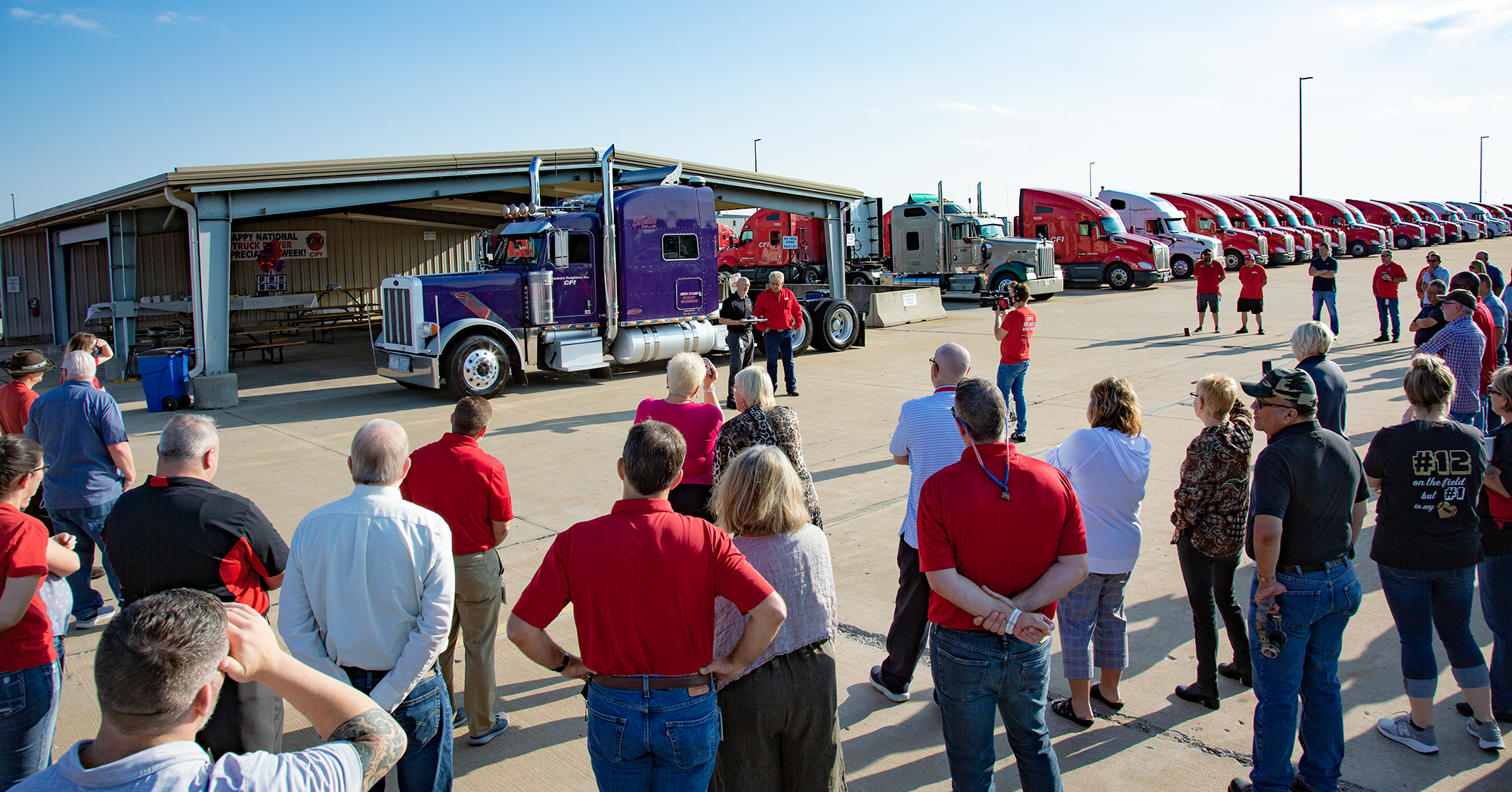 JOPLIN, MO – September 20, 2021– CFI, an operating company of TFI International Inc. (NYSE and TSX: TFII), a North American leader in the transportation and logistics industry, announced today that professional driver Jon “Smitty” Smith has surpassed five million miles over the road, a remarkable record achieved by less than one percent of professional drivers over a career.

Smith becomes the first CFI professional trucker to reach the five-million-mile mark. He leads 560 other CFI drivers who are currently driving their one, two, three and four million miles. Notably, Smith achieved the milestone while also maintaining an outstanding safety record over 37 years of driving. He has driven accident-free for some 3,216,515 miles, an enviable record by any measure, and a safe driving streak which continues today.

“Safety is the cornerstone of CFI’s operations and is our No. 1 core value,” explained Greg Orr, CFI’s president. “The amount of focus and attention, day in and day out, that it takes to operate a tractor-trailer, though all kinds of road conditions, weather and congestion is perhaps the most difficult challenge a driver faces. Jon Smith’s sustained excellence epitomizes what it truly means to be a professional in this industry.”

Smith’s accomplishment was recognized Friday, September 17, during a special ceremony at CFI’s headquarters in Joplin.

To put the accomplishment into perspective, five million miles equates to 1,723 trips from New York to San Francisco, or 10 round trips to the moon. For the average American, who drives approximately 14,500 miles annually, it would take some 345 years to complete the five million miles which Smith has done in just over 37 years.

John’s first experience driving a truck was helping a friend over a winter. He turned that initial interest in a full-time job when he joined CFI in 1984, launching a professional driving career spanning more than three decades.

As of September 2021, CFI deployed nearly 2,000 professional drivers operating a fleet of over 1,800 tractors and more than 7,000 53-foot dry-van trailers throughout the U.S. and Canada, with cross-border service to Mexico. The company also contracts with approximately 700 owner operators. In 2020, CFI amassed nearly 230 million miles delivering freight across North America, serving some of the nation’s leading commercial, industrial, manufacturing and retail businesses.

Tags: Press Release
Back to Blog